Everything You Need to Know About Reading a Map 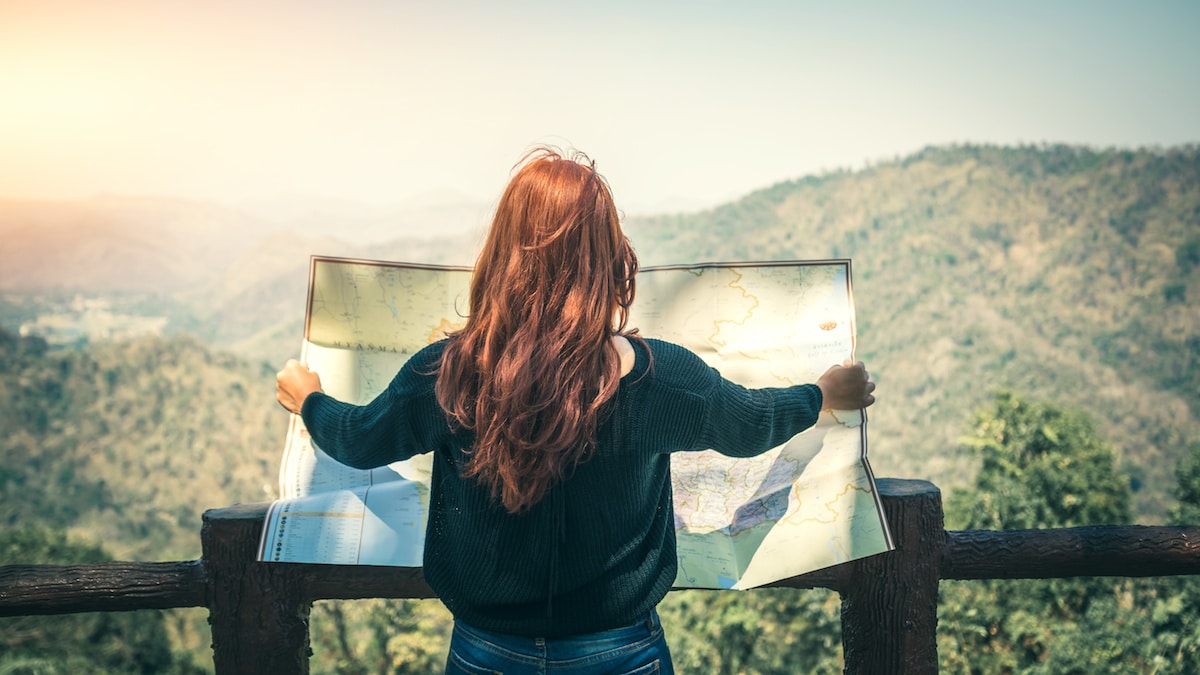 In the age of GPS and 24/7 internet access, map reading is a dying art. While bulky key maps used to be a staple in every vehicle, most people born in the age of the Internet don’t know how to use them. Due to the rapid rise of satellite navigation, a survey found that 1 in 7 of people aged 23 to 38 have never read a paper map. In the same age group 60% rely on phone navigation when going somewhere new for the first time.

With the ease of access to digital maps, you may be wondering why you should learn how to read traditional maps in the first place. Remember that technology is fallible – your phone may die when you don’t have your charger, or you might get caught in a 50-mile dead zone or lost in the wilderness.

It’s not uncommon for campgrounds and large state and national parks to have very poor cell phone service. In these situations, tossing a map in with your hiking gear and being able to read it can save your life. In that sense, it’s a great survival skill. Map reading can also be a fun way to get around the park or camp grounds without bringing technology in the mix.

Luckily, map reading is a skill that can be learned like any other, so take your map out of your hiking backpack, and let’s learn.

Choose the Correct Type of Map

If you’re not familiar with paper maps, you may not know all of the different types of maps and when to use them. Depending on whether you’re touring a new city on vacation or backpacking Yosemite National Park, your maps needs will very drastically.

If you’re not sure what type of map to bring on your trip, we’ve gathered the different situations you might need each type of map in so you’re prepared for travel.

Topography is the study of the features and shapes of land surfaces. Fittingly, topographic maps render three-dimensional landscapes onto a two-dimensional map. On a topographic map, you will be able to find natural features such as mountains, valleys, ridges, basins, water features, and more.

Because they convert three dimensions into two, a topographic map will tell you whether you will be traveling uphill or downhill on any given path. Concentric circles inform you there is a peak, with the smallest circle being the highest point of elevation.

If you walked or drive following the same contour line on a topographic map, you would stay at the same elevation, never going uphill or downhill. Crossing topographic lines in one direction or the other means changing elevation.

Topogrphic maps are useful for:

Road maps are fairly self-explanatory. Instead of focusing on natural features, road maps highlight roads, highways, interstate, and other transportation routes. They commonly include political boundaries like state and international borders which are not marked by maps focused on landscape. This way, you can measure how far left until you hit Louisiana, Canada, or wherever you’re going.

Road maps are useful for:

Tourist maps can often be found in city brochures you get while traveling. Unlike road maps which just show you how to get places, tourist maps will direct you to certain sites and help you navigate the way.

Most cities with a strong tourist presence have certain tourist attractions like museums, beaches, and historical landmarks that are most visited. It’s in the interest of the city to make sure that tourists have the easiest time finding these spots as possible, so tourist maps often come in multiple languages and try to efficiently direct people to the city’s highlights. A tourist map for a national park may even point out good places to make camp.

Parts of a Map

Now that you have an idea of what map you’ll need for your upcoming trip, you have to learn how to read it. While maps may look intimidating at first, you can read any map once you learn the features they all have in common.

A map legend is like your cheat sheet to map reading. The legend will explain what different colors and symbols mean on that particular map. For example: small dots might be towns, large dots could be cities, and stars could be capitals. Bue is usually water, green is land, and brown may be deserts or mountains. On political maps, different colors could indicate different regions or countries.

Luckily, there’s nothing here you need to memorize by heart since the map will provide the key to reading it.

The map title, usually found at the top of the map, tells you what subject or region it’s outlining. Generally, the title will give you a good idea of what the map is depicting.

For example, say you’re looking at a map of the Rocky Mountains. The key tells you that on this map, Mount Elbert, the tallest peak in the Rockies, is in 6F. Look along one axis for 6, and follow it down until you find F on the other axis. The square that you arrive in, 6F, contains Mount Elberg.

While some maps contain a compass rose, others have only a North Arrow. Although most Westerners are accustomed to North = Up, that isn’t necessarily the case. On a map, north can be down, right, left, or any other direction. Make sure that you check which direction north is on your map so you can orient yourself correctly.

How to Use a Map

Now that you know what map to get and how to read it, it’s time to learn how to actually use it!

Use your compass to find north, and point your map in that direction. If your compass and map aren’t oriented to each other correctly, you may end up going in the complete wrong direction.

Find Your Location on the Map

Reading a map will be pretty difficult if you’re not sure where you are! While it would be convenient if paper maps could tell you instantly (like the “You Are Here” arrows in mall directories), it’s another skill you can add to your cache.

The easiest way to find your location on a map is using land markers for landscape-based maps, intersections for road or city maps, and major tourist sites on tourist maps. If there are no obvious landmarks nearby, you can use your map and compass to pinpoint your location with a method called triangulation.

How to us triangulation to find your location:

Where those three lines meet is your exact location on the map. Congratulations, you’ve found where you are.

For more visual details, watch this video on triagulating your location.

Contour lines indicate elevation levels on topographic maps. If you need to be aware of whether you’re going uphill or downhill, the contour lines will guide you. By tracing a contour line with your finger, you are following the same point of elevation on a map.

Contour lines can help you pick a more difficult or easier hiking route and could save your life in a survival situation. At various points, the map will indicate the exact elevation on a certain line. Usually there will be a scale for elevation as well, for example that each line represents 50 or 100 feet of elevation.

Identify Features of the Landscape

A spur is a ridge that descends from a hill laterally. Normally, spurs protrude from ridges and can be identified on topographic maps as a ‘U’ or ‘V’ shape pointing away from higher ground. Spurs slope gently, and can be an easier path to higher or lower ground in order to get to higher elevations and safely return.

A re-entrant is a landform that can be seen on a topographic map. It describes a small valley that cuts into a hill. The contour line makes a ‘U’ or ‘V’ shape in the hillside, but doesn’t go cut all the way between two hills or mountains.

A saddle is a low point between two higher points. Saddles are not to be confused valleys, which is an area of low land between mountains or hills that usually has a river. A saddle only needs to be a lower elevation than the surrounding peaks, so it could be a dip between two hills or just a low point on a continuous crest.

You simply place your thumb at your current location on the map, and periodically update it as you continue on your trail. You don’t want to spend your whole hike trying to find your lost place on the map, so keeping a constant marker – your thumb – makes finding and updating your position easy. This allows you to actually enjoy the scenery and watch the trail for trip hazards or other dangerous. Nobody wants to spend their whole hike with their nose in the map!

Although map reading may seem intimidating at first, it’s a great skill for campers and hikers, as well as those who want to be less reliant on technology. Knowing how to read a map can prevent you from getting lost in the wilderness or in a dead zone on the highway, making it a valuable skill to have under your belt.

A landslide is the downward movement of large masses of soil, mud, rocks, and other organic debris. Areas with steep slopes, such as mountainous regions, are more susceptible to landslides. If you’re out in the wilderness during a landslide, your life could be in danger. All hikers, backpackers, and outdoor enthusiasts need to know...

Exploring the great outdoors is always great to connect with nature and breathe some fresh air! As an avid camper, hiker, and overall outdoor-lover, I know that connecting with what’s outside can be great for our bodies and minds. But the truth is, just like most things in life, it’s not guaranteed to always...

When it comes to taking down your prey, having the best hunting bow can make a world of difference. While many hunters prefer to use a rifle, a bow and arrow can provide an exhilarating challenge. In this article, we’re going to look at how hunting bows can enhance your next excursion. Check out... 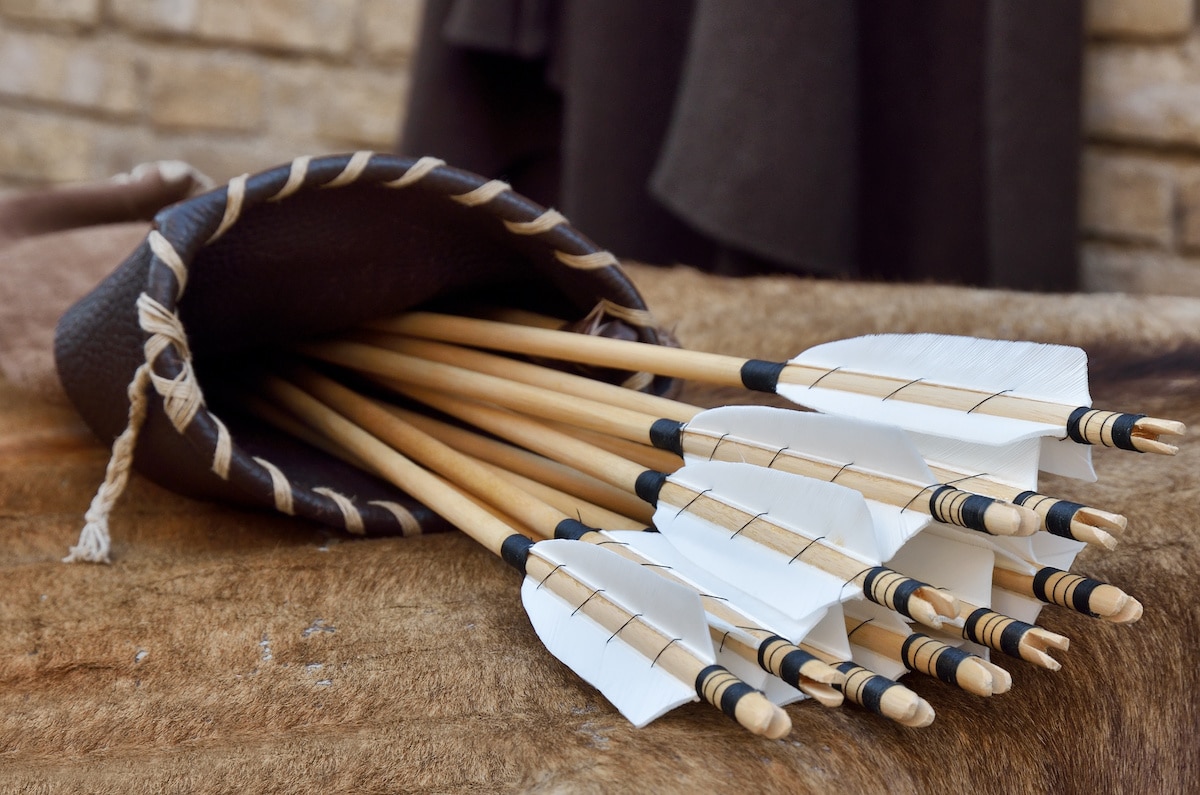 Shooting the best hunting arrows is essential for any bowhunter. Bow shooting and hunting may seem like ancient sports to many, but that doesn’t mean that they haven’t embraced modern technology. In particular, the best arrows for hunting have come a long way both design-wise and material-wise to improve on accuracy, penetration, and speed....