The Science Behind the Cast Iron Seasoning Process 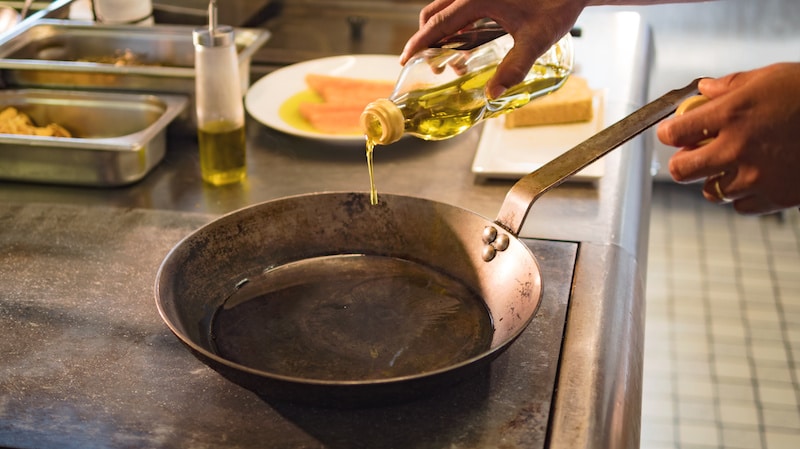 A cast-iron pan is one of the cornerstones of the kitchen; however, before you can break out your cast iron cookbook, you need to take care of your cast iron in a way called “seasoning”. If you’ve been eyeing a new skillet or already have one, you need to know how to take care of cast iron. Seasoning protects both the food and the pan, extending the life of the skillet and its cooking abilities. Understanding the seasoning process starts with understanding the science behind it.

Why is Seasoning Required for a Cast Iron Pan?

Seasoning is required for a number of different cooking appliances, most notably cast iron cooking materials and those made out of carbon steel. The reason why that is is when the pan is heated during the cooking process, it can rust rapidly. Small amounts of liquid, such as the drippings from dry meat, can accelerate the rusting process. Rust is the reason you should season all your cast iron (including things like your Dutch oven lid lifter), and not just the things that come into contact with your food.

Furthermore, when food is cooked on an unseasoned cast iron griddle or cast iron pot, it can stick quickly, ruining the meal and making the cast iron cleanup process even more difficult. While some cast iron cookware might come seasoned right out of the box, this isn’t always the case. Therefore, you need to understand the seasoning process.

How to Season Cast Iron

Over time, a skillet will lose its sheen and luster. As a result, it is important you need to season your cast iron cookware like your cast iron melting pot on a regular basis. There are a few steps involved in the seasoning process. These include:

You may need to repeat the oiling and baking steps several times before the skillet is ready to go.

The Chemistry of Cast Iron Cookware

When a cast iron pan is heated, the oil that is present is going to oxidize. As the oxidation process continues, the oil becomes embedded into the hard surface of the seasoned pan. The fat molecules in the oil act to protect the iron from oxidation, which is exactly what happens when iron and metal begins to rust. In order for the oil to embed completely in the cast iron skillet, it is important to make sure the skillet is dry. Water and oil do not mix, and water can inhibit the embedding of the oil. Eventually, the oil will start to break down with repeated use and the seasoning process will need to be repeated.

There are many quality manufactures who make cast iron cookware such as Lodge, Tramontina, and Finex, but all cast iron needs to be seasoned in the same way, no matter who made it. Follow this guide to properly season a cast-iron skillet. Seasoning is important for making sure that cast iron skillets maintain their luster and stand up to routine use. 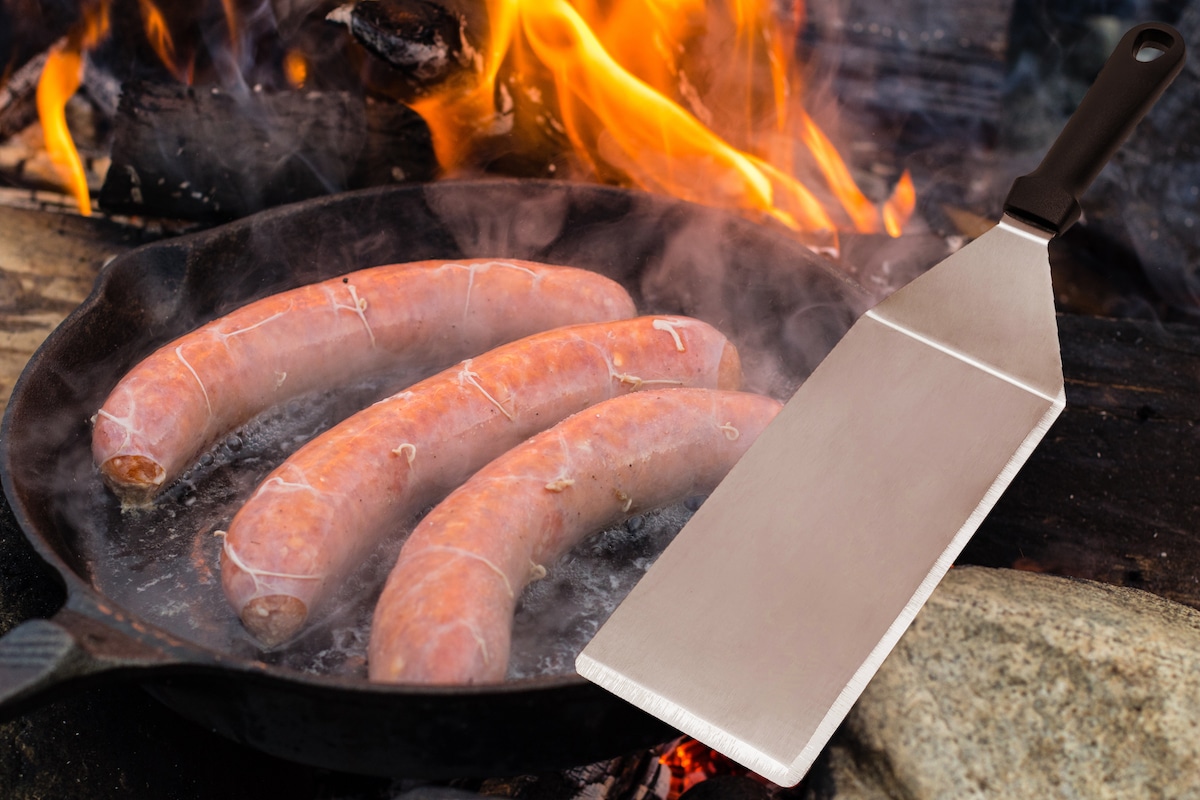 If you’re cooking on cast iron, you need to have the best spatulas for cast iron to help cook and serve your food. Spatulas may not be the most fashionable kitchen utensil, but like a Dutch oven lid lifter or a cast iron ladle, they’re an essential addition to any ast iron cooking setup. Check... 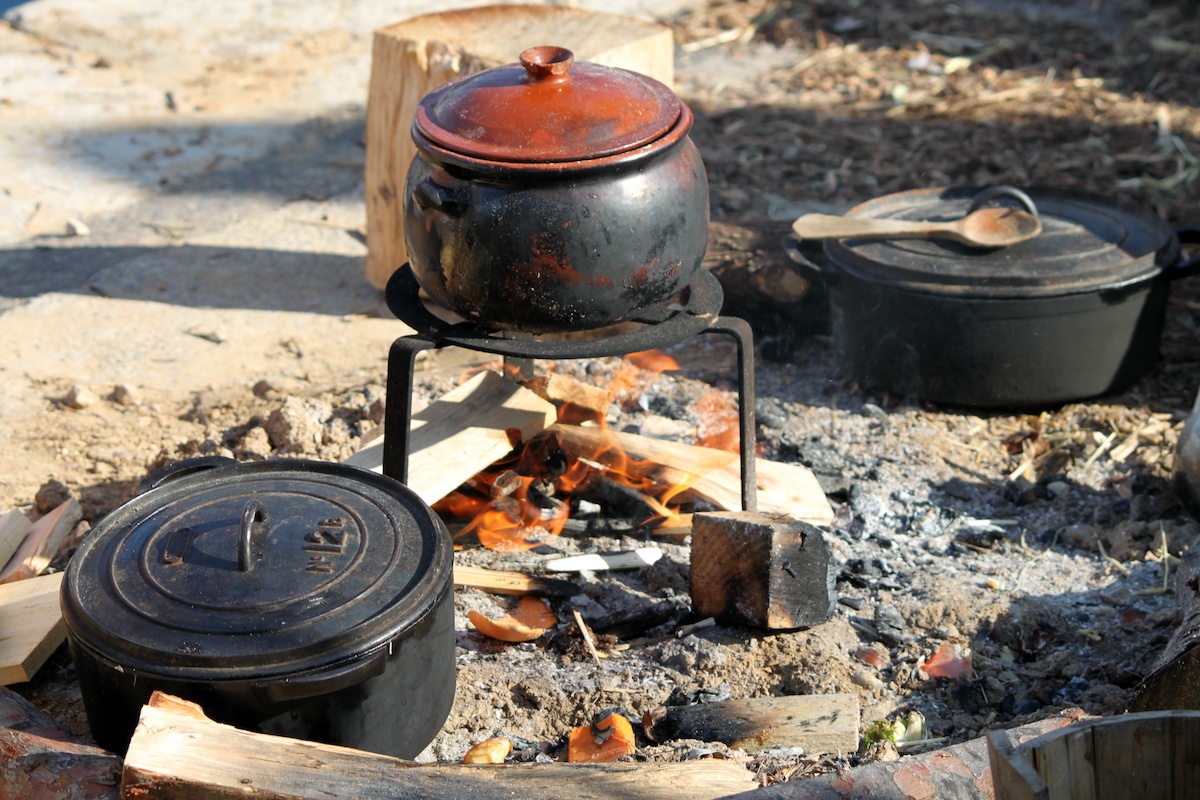 If you want somewhere convenient to cook sauces while camping, you need to have the best cast iron melting pot. Whether you’re using it to melt butter or make your own homemade barbecue sauce for a rack of ribs, cast iron melting pots are a convenience that you can’t pass up on. If this sounds... 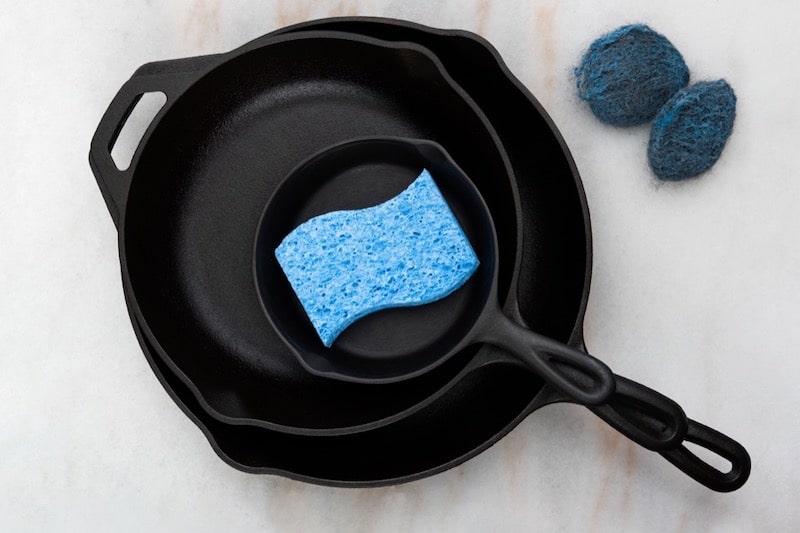 How Do You Clean Cast Iron Dishware?

Cast iron cookware is popular, but you might realize that cast iron skillets and pans will wear out quickly if they aren’t cared for correctly. Proper cast iron care starts with properly seasoning the cast iron skillet, and it is just as important to make sure the skillet is properly cleaned after every use. Overlooking... 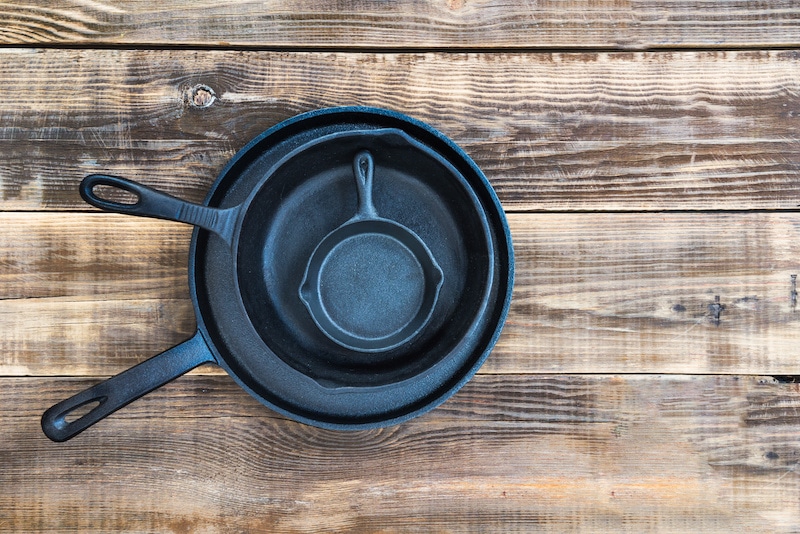 If you are new to camping or are just looking to take your cookware to the next level, FINEX cast iron products offer a comprehensive cooking solution. From your home kitchen “eye candy” to cooking almost every camping or cast iron cookbook recipe you know, cast iron is a versatile option for what you are...